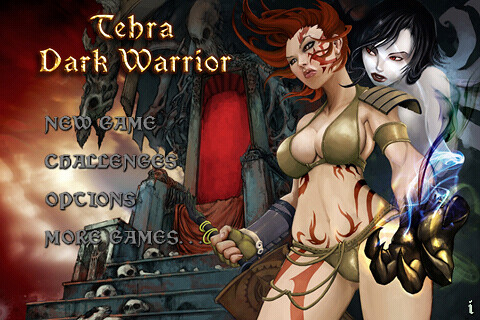 When PlayStation Minis had first come out, they were like tiny Mobile-like adventures on the PSP and, later, the PlayStation 3.  There were games like Tetris and Monopoly and more unique games like Monsters! Probably Stole My Princess.  Most of these games were, as expected, 2D games.  They looked like they were hand-drawn Flash or Mobile games that you could find something similar in a Web Browser.  For many of the library, this is true.

However, this is not true for all of that library.  Every so often, you would not only see a new game coming out on PlayStation Minis, but there were some 3D games that came to the platform.  Some of them not only were 3D, but some of them had visuals that were right on par with some of the full PSP games that were releasing at the time.  Not on the level of, say God of War: Ghost of Sparta or Dissidia: Final Fantasy, but still exceptional.

As we look through the Minis that are available for the Vita, we take a look at one such title that released with 3D visuals that would have looked decent for a normal PSP game, let alone a tiny PlayStation Mini.  Having released on the iPhone only four months before the PSP, here is our review of the PlayStation Mini Action game, Tehra Dark Warrior. 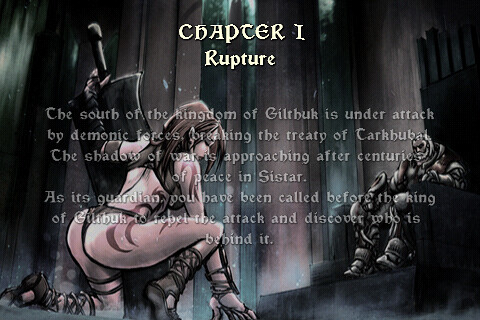 There are two species of life form that exist in the world.  There are humans as well as the magic-wielding demonic species known as the Urka’h.  Both humanoid in nature, though far different, the two races were at war.  Having seemed absolutely endless, it finally ended in both species coming together to sign a truce and maintain peace.  To maintain this peace, they created a warrior to protect both sides from engaging in war, a lightly-clothed half-breed between human and Urka’h.  Her name was Tehra.

100 years later, after many years of peace and having placed in stasis, Tehra was awakened when the truce is broken, by the Urka’h.  She is sent on a journey to find the Urka’h responsible for breaking the truce, and to bring an end to them, fixing violence with violence of her own.  With a large sword of Cloud Strife caliber as her voice, she sets off to end the violence and learn new abilities to help her along the way.

The story of Tehra Dark Warrior isn’t a terrible one, though it’s not something emphasized throughout the game.  As you play through the game, you will see little tidbits of story at the beginning of each chapter, but no dialogue between.  It’s interesting enough to make you want to see what may come next, though, by the time you’re about halfway finished, the story becomes quite predictable. 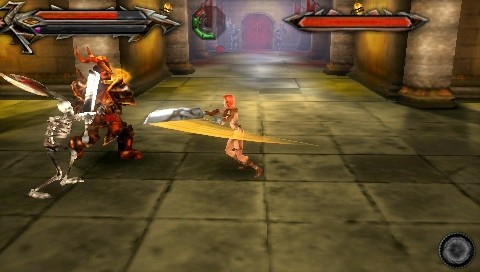 At the very beginning, it is shown to you that Tehra Dark Warrior is an violence-heavy action game.  You will be playing the game through chapters, all of which take place in maps and stages, where you are progressing through specific environments, be it forests, castles, or fortresses, and taking down any and every enemy that is thrown at you along the way.

The best way to describe how levels progress is like imagining games like God of War or Dante’s Inferno, but taking out the puzzles.  In each stage, your goal will be to get to the end of the stage.  Getting to the end of the stage could be tricky, depending on the stage.  As you progress through areas, you will get to rooms that won’t allow you to pass through barriers until you have defeated all of the enemies in the area.  Other areas may not open until you have destroyed structures that are housing the barriers, and other times, you have to go and find powerful enemies to obtain key items from them to unlock the next area.

Actual combat will be dealt in two ways, Sword or Magic.  Enemies of all kinds will come your way, and you will either use your sword or cast spells to send them to the next world.  Your sword contains a few different types of combos, depending on when you press the normal and lower attack buttons, though most end in 3-4 hit combos, as well as being able to stab down into an enemy you’ve knocked down.

Magic is a little different, as it required Mana Points, or Magic Points.  Magic isn’t nearly as accessible all the time in this game as it is in other games.  Each time you defeat enemies or open chests to find healing items, you can gain some points to cast spells.  Casting spells, however, will take up a good portion of your bar, so you may need to keep it until you need it, especially towards some of the harder enemies in the later parts of the game.

You can also use your Mana to transform.  If you have a full Mana Bar, you can transform Tehra into her Urka’h form, granting her even less clothes, a different color of skin and hair, and heightened abilities.  In this state, you will do more damage, take less damage, and remain in this form until your Mana Bar runs out. 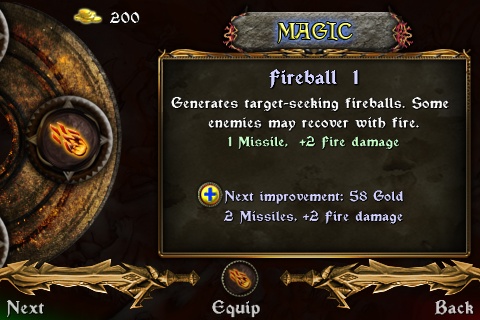 Learning new abilities and doing new damage is done by spending money.  You can find Gold in chests or getting it from fallen enemies, and that is used to upgrade and learn new abilities, from increased physical damage to new spells to fight off opponents with.  Each type of ability had multiple upgrades, and each one is more expensive the more upgrades you obtain.

While this is a small PlayStation Mini and also a Mobile game, don’t expect it to be easy.  It is true that the game is very easy for the first half or so.  However, once you reach the later levels, there are some areas that can get very challenging, making you think about how to fight, rather than just button-mashing your way through as well as when and where to spend Mana Points and when not to.  The game is simple with its controls, but it provides a good challenge near the end.

The game is also pretty short.  Assuming you don’t have to do a lot of retries on stages and areas, the game should take you about 1-2 hours to finish.  Granted, it isn’t a long game, but if you like action games like Dante’s Inferno and God of War, it can be a fun little ride.

Finally, the L and R triggers are used as well.  When you have a full Mana Bar, you can tap the L button to transform into your Urka’h form.  The R button is a button used regularly, which controls the ability to dodge-roll away from the enemy to dodge incoming attacks.

The controls use a lot of the buttons on the system, but it’s not something that is easy to forget.  I’ve gone months without playing this game and still don’t need to refresh my memory of the controls, other than the fact that the D-Pad controls which spell is currently equipped. 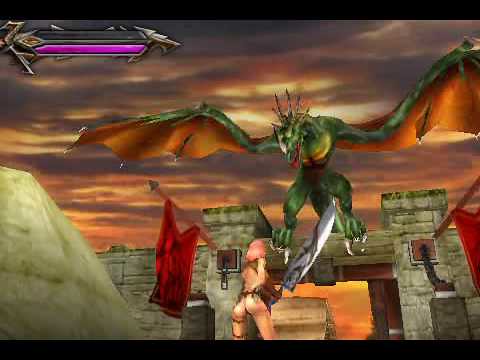 As far as visuals are concerned, the game looked good for a PSP game.  The environments were made to look completely 3D and most of the environments were smoothed out, without many jagged edges to be found, which was pretty impressive for a PSP game, let alone a PlayStation Mini.  The transition to the Vita did add some more jagged edges than were there before, but it still looks good.

The game also plays fairly well.  The game never lagged or slowed down when I was playing it, and the Load Times are pretty decent.  Each time you go to a new chapter or area, the game auto-saves, which never takes more than about 3-5 seconds.  It plays surprisingly well, compared to some of the other PlayStation Mini titles.

Tehra Dark Warrior isn’t a very long game, but it is definitely one of the most visually impressive games of the PlayStation Mini library.  If you like violent action games like God of War and Dante’s Inferno, you should definitely look into spending a few dollars on a bite-sized adventure of similar style.