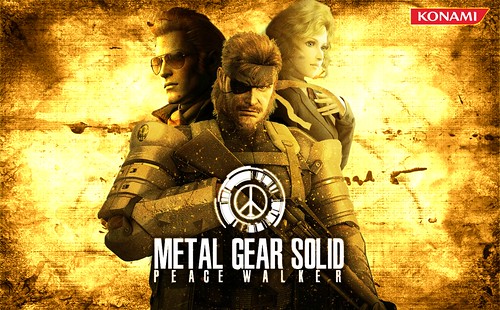 Not many franchises last as long as some have and still go at it.  Many games from the NES era have lasted a long time.  Final Fantasy has lasted 27 years and the Mario franchise has lasted a full 31 years.  That is a long time, it seems, with other franchises having only lasted a little while and dropped off the face of the planet for years and years, unless someone ever wishes to reboot them with a new game.  Unlike Final Fantasy, though Mario has maintained the same storyline.  Not many games can go that long and still keep the same storyline.

Another such series that has maintained its storyline, as well as morphing into a couple different franchises is Metal Gear.  The first Metal Gear came can out in 1987, 27 years ago, and has maintained the same storyline ever since then.  Unlike series’ like Mario, though, Metal Gear has a very deep, historical storyline attached to it, along with a very strong anti-nuclear message throughout its games.  With every new game, the storyline gets deeper, and it’s been doing that with every game, ever since that first game in 1987. 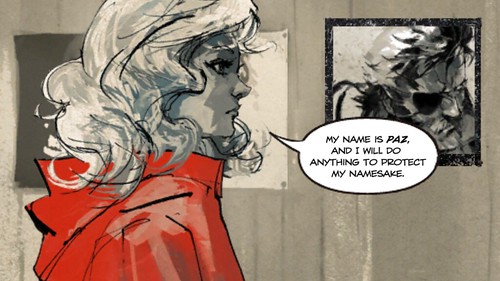 Metal Gear Solid: Peace Walker takes place in the year 1974, ten years after the events of Metal Gear Solid 3: Snake Eater, which is the first chronological game in the series.  Snake, otherwise known as “Big Boss”, is the leader of an army of mercenaries whom have no political or country-based allegiance called Militairs Sans Frontieres, or MSF.  As they are moving from place to place, they are approached by two people whom ask them to help aid them in pushing out an armed group that has recently occupied Costa Rica.

After hearing a recording that strikes right into Snake’s past, his group accepts the job, receiving a base of operations and infiltrating Costa Rica to find out who the armed group is, why they are there, and as such, stopping the global threat that they have brought with them.

The story of Peace Walker is not as polished as that of other key titles in the series, but it is a deep and interesting story, all the same.  However, it must be said that Metal Gear is not a series where you can just jump into any of the games and understand everything.  Peace Walker, especially, has several major spoilers even within its opening set of scenes from Metal Gear Solid 3.  It is highly advised that you at least play Snake Eater before trying to play Peace Walker. 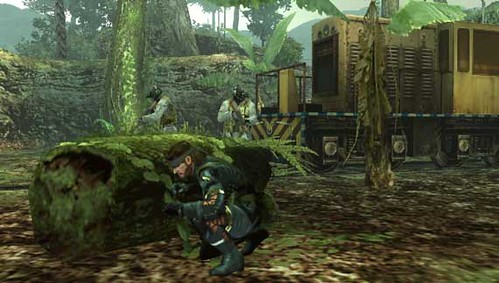 Metal Gear Solid: Peace Walker is different from many of the previous entries in the series.  While the gameplay is very similar to Metal Gear Solid 3: Snake Eater and Metal Gear Solid 4: Guns of the Patriots, there are two key differences.  The main difference is that, instead of being completely “open” to explore areas of the facility and areas, Peace Walker is a mission-based game, letting you go back to your “Mother Base” and prepare before taking on another mission.

There are a lot of things to consider when you’re playing Peace Walker.  Metal Gear Solid 3, for example, was strictly a stealth-action game.  You travel across environments to sneak into areas, take on boss fights, learn more about the plot surrounding the game, and finding weapons and uniforms along the way.  Peace Walker does all of this as well.  However, Peace Walker has one element that those didn’t have.  Peace Walker has a Mother Base.

Mother Base is the biggest part of Peace Walker to bring uniqueness.  When you finish a mission, you can go back to the Mission Select or to choose another Story Mission or optional Extra Ops mission, or you can go to Mother Base to help develop your army.  Any enemy that you recruit from missions via the Fulton Recovery balloon system will join your Army and will have certain attributes and things they are good at, like Combat, Medicine, Intel-Gathering, Weapon-Developing, etc.

You use this in the various teams you have at the base.  Personnel Count is limited, but you can add them to Combat Unit, Research and Development, Mess Hall, Intel, Sick Bay, and more.  Each person does have parameters that can be increased, but most of them specialize in a certain skill, particularly Story-based characters that join MSF, like Cecile, Chico, and Huey.  You will need to maintain these, particularly Combat, Sick Bay, and Mess Hall. 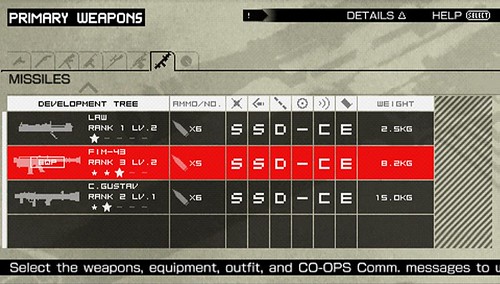 These must be maintained for good reason.  The Combat Unit will increase the amount of money you can use to develop weapons and items to use on your missions.  The Mess Hall will determine the amount of food you have.  If you don’t have enough food, your troops will lose morale and leave MSF.  Finally, the Mess Hall is important as your troops may come back injured and will need to be healed up.  The better level Sick Bay has, the faster they will come out.

There are other features as well, like sending captured vehicles (tanks, helicopters, etc) and troops to other countries to bring back equipment, but the most unique feature that Peace Walker has is ZEKE.  Peace Walker is the first Metal Gear Solid game where the game allows you to build and construct your own Metal Gear unit.  As you play through the game, you can replay Boss Missions and obtain Memory Modules and parts that will contribute to Metal Gear Zeke.  Once you have enough parts, you can complete the unit and send it out on missions to other countries as well.

The missions play out in a similar to fashion to progression from Metal Gear Solid 3 and 4.  You mostly be exploring outdoor environments, so camouflage plays a large role.  As you play the game, you will find and unlock different camo suits that will raise your stealth percentage in certain environments.  This is crucial as Peace Walker doesn’t allow you to crawl through grass.  You can walk while standing or crouching, but you cannot crawl, so maintain a high stealth level is key, as well as finding camo that lightens the sound of your steps.  Enemies can detect you by sight or by sound.

You will be traveling in small areas, with transitional scenes between them, much like from Metal Gear Solid 3.  The movement and combat gameplay is more based on Metal Gear Solid 4, though, adopting an over-the-shoulder aiming view as seen in that title and various third-person shooters.  This lets you see where you’re aiming, whether you’re equipping an M60 Machine Gun to quickly kill your targets or the silenced MK22 tranquilizer gun to stun your enemy and take them back to Mother Base to recruit them.  This is enhances further as you can equip two main weapons as well as four throwable and place-able weapons as you go into a mission.  Another unique thing here are Support and Strike Markers to place markers where MSF can send you supplies if you run out of ammo or an air strike.

Despite mostly consisting of 5-10 minute missions, Peace Walker has a lot of game to experience.  Playing the game to reach the end of the Story Missions should take you about 15-18 hours, depending on how long you spend doing Extra Ops missions or developing Metal Gear Zeke.  For an action game, it’s pretty lengthy.  With an unlockable final chapter and all of the extra missions and gear to acquire and develop, the game will take a lot of time away from you.

Peace Walker has three main control schemes, but it is set to shooter, by default.  This adopts a control scheme very similar to the one used in Metal Gear Solid 4: Guns of the Patriots.  You can use the Left Analog Stick to move Snake or whomever you are controlling on the mission and the Face Buttons to move the camera.  Mapping the Face Buttons onto the Right Analog Stick makes it feel very comfortable on the Vita.

The D-Pad is used for accessing your inventory.  Holding the Left Button will let you open your items and move with the Face Buttons to what you want to equip, and the same is done for the Weapons, but with the Right D-Pad Button.  The Down button is used to switch from Standing and Crouching stances, and the Up button is used to reload your currently-equipped weapon.  You will also be using the L button to aim your weapon, R to fire, and Select to activate the radio and hear advice from some of the story characters back at Mother Base. 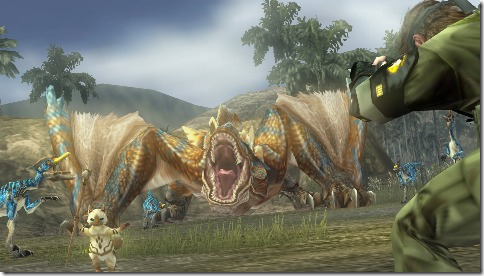 Metal Gear Solid: Peace Walker is one of the best-looking PSP games on the market.  The visuals and the depth of the game set some pretty high expectations back in the PSP generation.  When it is stretched onto the Vita’s screen, it still looks good.  It doesn’t look as good as it did and it doesn’t look nearly as polished as the HD Collection.  For a PSP game, though, it looks pretty good.  The scenes look just as well, since they use a comic-book format rather than the in-game graphical engine.

How the game plays is mostly good as well.  There are some lengthy load times to consider, particularly when going back to Mother Base after you complete a mission as well as the required Data Install of an extra 800 MB to get the radio voices to have sound.  There are also load times between each area in a mission.  It is a bit of an annoyance, but each load time shouldn’t last more than about 4-5 seconds.  As long as you’re patient, it shouldn’t be too much of an issue.