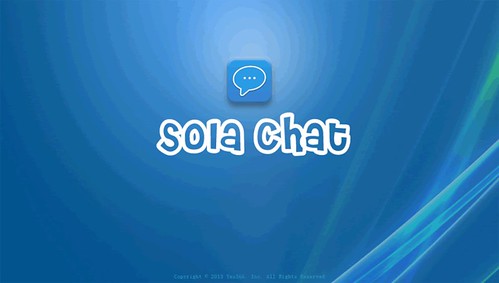 This review is dedicated to and was requested by @JH_BOOS of Twitter.

PlayStation Mobile has added a good bit of options for the Vita.  While it does offer mobile games on the system like Chaos Rings, Trolly Bird, Gun Commando, and others, it also adds the ability to run specific types of apps.  The important part of this is that some of the apps available on PlayStation Mobile, whether provided by Sony or otherwise, are different kinds of apps than the normal Vita apps that can be run by the system normally.  That list is slowly growing, though there aren’t too many different developers doing this.

One of the top contributors of these apps is a developer called ZHANG BO.  If you were following us back when we first implemented app reviews, as well as game reviews, you may realize that ZHANG BO is the first developer whose app we reviewed.  Sola Weather, one of their first apps, was the first PlayStation Mobile app we had the privilege of using and reviewing.  Since then, ZHANG BO has made a lot of different types of apps.  Weather, Calendar, Timer, Files, etc.  ZHANG BO did a nice job at bringing a lot of apps to the system in the “Sola / Solar” series of apps.

One of their more recent apps is something that the Vita doesn’t have a main app for, though does have certain capabilities of, otherwise.  This is for Chat Rooms.  There are a lot of different types of chat rooms that you can access.  Facebook has chat rooms.  The IRC services have many chat rooms.  There are also other methods of doing it.  ZHANG BO has created an app that they wish to serve as a primary Chat Room service for fans of the Vita and PlayStation Mobile.   Here is our official review of Sola Chatroom. 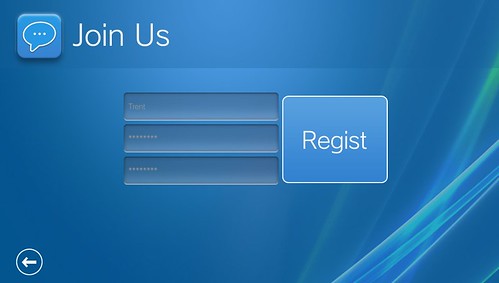 Functionality.  Just what would you expect a Chat Room app to do?  Well, you would expect to be able to go into a Chat Room to chat with others in that chat room.  However, what all goes into that?  A service?  Profiles?  Features to embed media into a message?  There are a lot of things you could think about, but the basics are the ability to go into a chat room as well as being able to chat with others in that room.  Those are the basics of a chat room service and that is given in Sola Chatroom.

In Sola Chat Room, you boot up the app and are asked to create a profile for their service.  As much as that sounds, it is an independent chat service.  This doesn’t run through IRC or any other type of chat service.  It’s completely on its own and there for PS Vita owners to go in and chat with one another.  Once you make your profile, you can edit a few settings, like your name and your avatar picture, which can be any pre-defined image or image you have in the Photos app on your PS Vita’s Memory Card.

Once you get your profile set up, you can choose a chat room to go into.  There are six rooms total, each categorized by language.  There are chat rooms for the languages English, French, German, Japanese, Russian, and Korean.  Although they are differentiated by language, you can go into any of them and type in English.  If I wanted to, say, jump into the Russian Chat, and say hello in English, I could easily do that as the keyboard doesn’t automatically change its symbols and letters on what room I am within.

When you’re inside a room, you only really have two options available to you.  You can tap on the text box that says “Writer Here” and you can type a message into the screen via the default Vita keyboard, and send the message.  The only other option you have available from within a room is to go back to the screen where you can choose the room you want to go into.

All in all, that’s pretty much everything this app can do.  You set up a profile, avatar, password, and can chat in one of the rooms.  It’s not too technical, but a Chat Room application doesn’t need to be technical.  All of the basics are here. 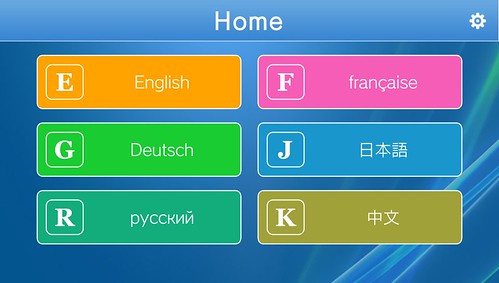 Sola Chatroom has a very simple design and interface.  You won’t have to do a lot of heavy scrolling to get where you need to go.  Everything is always available to you on-screen to make things very simple and easy to use.  Since there aren’t a lot of different options available in the app, it makes for a very user-friendly interface.

When you boot up the app to set up your profile, it already asks you to set up a profile.  Each of these options is as simple as tapping the option and either typing in your information, like username or password, or tapping an option from a list that they show.  Once that is set up, you can go back and set up your photo, and adding that is as simple as scrolling through your photos until you get one you want.  Then it’s auto-resized to fit the avatar screen.

Once your profile is set up, you will auto-boot to the area where you can select the room you wish to go and chat in.  This is pretty simple and laid out well.  Each chatroom is listed as a large option on the screen you can tap on.  Each of these is also easy to read as they list the language in the language that it is representing.  For example, English is written as “English” and Russian is written as “pyccknn”.  If you cannot read some of them, as I couldn’t, there is a letter next to each one to represent the English word for the language, like K for Korean or G for German.

Once in a room, there are large options you can tap.  At the top-left corner of the screen is an arrow to go back to the Home screen, where you can change your profile settings or choose a different room.  At the bottom of the screen are the “Write Here” text box and the Send button.  These are all fairly large buttons, making it easy to tap on them to use each of the options available.

It’s a pretty simple interface, another part that makes it a user-friendly application. 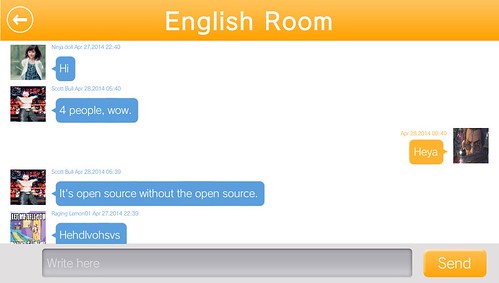 Performance has always been a little iffy with PlayStation Mobile apps.  Some of the apps work and run great, and some don’t.  It is not uncommon to know that PlayStation Mobile apps as well as games take a good while to boot up.  Whether this is the Vita loading the PSM software package or not is unknown, but the average PS Mobile app takes a good 20 seconds or more to boot up, before you can do anything at all.

Sola Chatroom is the same with this feature.  The initial boot will take you about 15-20 seconds to get you logged in and to the Home screen, where you’ll be able to choose a room to go into.  This is essentially the PlayStation Mobile standard, though it is worth noting, as there isn’t a huge number of people who use PlayStation Mobile on a regular basis.  It’s good information to have.  The load times for everything else aren’t bad.  Once you tap on a room or option, it only takes about a second to load that next screen.

Although it is worth noting that the app doesn’t flow into screens as fluid as what could be expect.  The load times are short, but are nowhere near as quick or as flowing as main apps developed for the Vita.  It will seem like it takes in your tap (You have to tap because there are no button options for the app) for a second and then processes what you want it to do.  It’s a bit of an annoyance, but still something small and trivial.  It doesn’t hamper the overall experience, though it does wait a few seconds before posting a message you’re trying to send.

One thing that I always told myself I would never use against an app or game in a review is its audience.  Someone could say a game is terrible if it’s multiplayer-based and there aren’t many people who use it.  That is 100% not fair to the game/app or developers because that’s entirely dependent on their userbase.  This is also a situation where something could have a lot of activity and be considered great and then lose activity later on and be thought of as not-so-great.

However, it is worth noting, because this is a chatrooom application.  If you go for the buy for this app, you’re going to be lonely.  We went into this app for quite a while, in several rooms, every day for nearly a week.  Each time we stayed in for at least an hour.  Among all those days, we didn’t see a single person in the chatrooms other than us for the majority of that time.  We saw a couple people in there once.  The service is there and runs well, but there is an extremely small community that actually uses it.

All in all, Sola Chat has all of the basics of a Chatroom application.  Aside from the initial load, the app runs well, and offers a very simple and easy-to-use interface.  So, if you have friends and want to chat within this application, it may be worth your purchase.  However, as of the moment, you will rarely, if ever, meet anyone in this place due to how small a userbase the app has.  The app works well, but has a very small community.