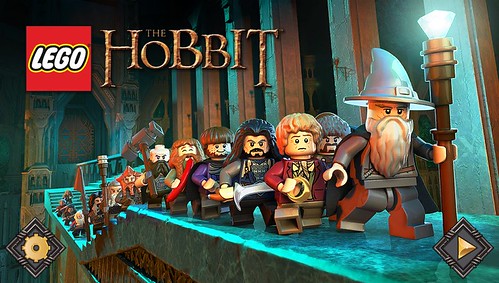 It’s been a whole month since our last LEGO game review, so it’s definitely about time we talk about another LEGO game on the PlayStation Vita.  It just so happens that another LEGO game recently released on the Vita, as well as every other system around, thanks to a certain movie’s release.  This is perfect for the timing of what seems to be a monthly review on a LEGO game.

Among all of the LEGO games on the Vita, there is an equal quantity of criticism and complaints about how TT Games is making their handheld games.  Ever since they made LEGO Marvel Super Heroes: Universe in Peril, there is an increase in negative attitudes towards TT Games, regarding not only the PlayStation Vita but also the Nintendo 3DS.  This is mostly due to the fact that it doesn’t play like the game does on systems like the PlayStation 3 and Xbox 360.

Negativity out there or not, TT Games is still making and improving their games on the Vita, and that is very apparent as their engines have been expanding and evolving since the Marvel game.  Just how much has it been advancing since then?  You’re about to find out.  Here is our official review of LEGO: The Hobbit for the PlayStation Vita. 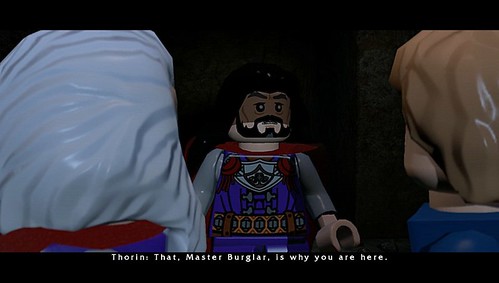 Many a reader knows this tale from a long time ago.  LEGO: The Hobbit follows the path laid out by JRR Tolkien in their novel The Hobbit, which was a prequel to the Lord of the Rings trilogy of books and movies.  If you have watched The Lord of the Rings or even played LEGO: Lord of the Rings, then this takes place before those take place.  Before Frodo and Sam and Aragorn and Gimli.  When Gandalf takes Bilbo Baggins on a journey to take back a mountain lost long ago, guarded by an infamous dragon named Smaug.

The game follows the tale of the first two Hobbit movies, The Hobbit: An Unexpected Journey, and The Hobbit: The Desolation of Smaug.  Those that know about the movies and the mythos may raise some questions about this, for The Hobbit is going to be a trilogy.  While the game only crosses the two movies, TT Games have announced that when the third movie releases, they will add a new story segment to LEGO: The Hobbit as DLC for the third movie, There and Back Again.  Whether this will also come to the handheld release is currently unknown.

The story stays true to the movies.  Although they use different Voice-Actors, most of the more iconic quotes and scenes from the movies are included in the game, fashioned into the usual LEGO comedy, though a few things are different, particularly concerning a couple scenes towards the end of the game, involving Bilbo Baggins, Gandalf the Grey, and Radagast the Brown. 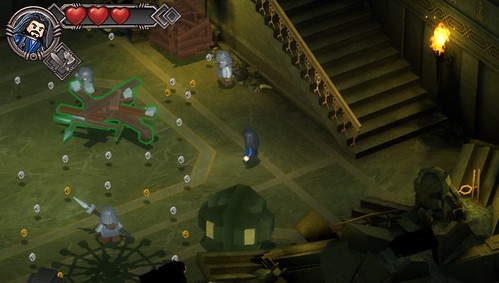 LEGO: The Hobbit maintains the core gameplay that the LEGO titles have been known for, with platforming as well as creating and destroying everything in sight to collect studs and advance through each stage and level.  However, how it plays and what it looks like is the biggest question that fans have before buying a LEGO game on the Vita.  Does it play like the past games?  Is it missing content?  Is it like the console version?

First of all, this isn’t exactly like the console release.  As if the $29.99 price tag was any indication, LEGO: The Hobbit for the PS Vita follows and enhances on what TT Games has done with the handheld releases for LEGO Marvel Super Heroes and The LEGO Movie Videogame.  As such, the camera is set at an angle above the stages, rather than directly behind the currently-controlled character.  Sort of an isometric view, as many call it.

With this view and control scheme, there are some things that have been improved and some not so.  The first thing to note is that, like Marvel and LEGO Movie, players cannot jump into the air, unless they’re using an ability to grab a ledge or object on a wall.  That animation is a moving charge-like attack, though it varies depending on what character you are using.

The biggest change is how the story progresses.  They have really done a nice job on evolving this.  LEGO: The Hobbit doesn’t have a stage select, like the previous games.  Instead, it has a World Map.  The World Map is a large grid-like map you can move, from point-to-point.  Scenes take place here as well as within stages, and there are several different paths you can take.  Each major area also has its own version of the World Map, such as The Shire, Erebor, Lake Town, etc.  You can take the Story Path, led by green studs, but you can also take other routes to find other stages, shops, and sidequests.

That’s a big thing.  Side-Quests.  You can do your Story Stages, but there are also optional stages and NPCs that will ask for specific items and let you unlock new things as you progress through there.  There are also Treasure Chests you can find on the World Map to unlock new shop items.  This adds a lot to do, as in the previous two games, you could only do story stages.  There was nothing else to do, but do the story stages and replay the story stages. 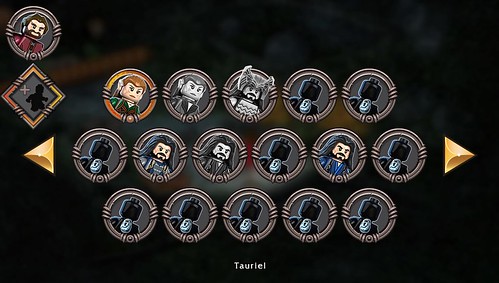 When you’re inside a stage, the number of characters you can have is also something unique.  When you replay stages, you can create a custom party of characters.  While past games let you choose one character and then the rest are auto-filled, LEGO: The Hobbit lets you create the entire party of whoever you want.  You can also have a party of 16 characters with you at any given time.

However, the limit doesn’t end there.  When you’re replaying a stage and go to the Character Switch screen, you can tap an “Add” button and switch out the currently-selected character with any character you’ve unlocked and bought, right in the middle of the stage.  This is a really nice feature, especially when a stage has several secret areas that have to be accessed by different characters.  Along with this with the character feature is character-specific objects.  If you try to use an object a specific character has to use, they will show up on the HUD and pressing L immediately afterward will automatically change you to that character.

I will say that the game felt a lot more fun and flowing than the LEGO Movie game did.  Following the story and just the way the story is tied into the stages, not requiring the use of a full-motion cutscene to advance the story was something unique.

This game can either be very short or pretty lengthy, depending on how you play it.  While new levels are unlocked by finishing challenged in each stage, I never found one situation where I had to go back and replay stages to get more Gold Bricks from challenges to advance until I’d already finished the main game.  If you want to run through the game and not do any of the side material, only doing Story Stages, you’ll be spending about 4-5 hours on the game.  If you do the side-quests and unlock more content and characters, particularly the area that unlocks after you finish the main story, the length will be at least 2-3 times that length.

The controls for LEGO games is one thing that is interesting, as some of the controls are different, from title to title.  While reviewing this game, I had booted up the LEGO Movie Videogame to help someone with a stage they were stuck on, and I realized that a couple of the button controls were not the same in that game.  The Change Character button, in particular, had been put on a different button.

One thing to note is that there are button and touch controls, so you can control it however you would like, buttons or swiping and tapping on the screen.  As far as button control, you can use either the D-Pad or Left Analog Stick to move your character.  You use the Square Button for a physical attack and the Triangle Button for ranged attack (if you’re an archer like Tauriel or a Wizard like Gandalf).  The X Button is used for the Dodge/Charge Attack, and the Circle button is used to interact with objects and build LEGO creations. 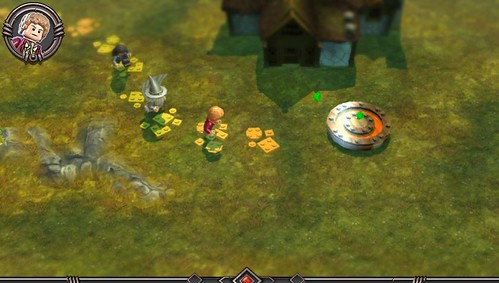 As far as how the visuals go in this game, they look really nice.  TT Games has definitely been improving and touching up how their handheld games look.  Everything in the game, from character models, enemies, magic animations, LEGO pieces, and menus is a smooth, flawless screen.  I spent some time, looking at everything, and I couldn’t find a single jagged edge anywhere I looked.  Although it looks different from the console releases, it looks really nice.

Playing the game isn’t too bad, either.  The initial Load Time for the game is a tad bit long.  Once you select LEGO: The Hobbit from your Live Area Screen, it will take about 25-30 seconds to get to the Title Screen.  It also takes a good 15-20 seconds to boot up a stage or the World Map.  These are a little disheartening, but everything else in the game runs very smooth.  I encountered no lag while playing through the game.

As with the previous two titles, if you’re looking for the console version of LEGO: The Hobbit, go to the main consoles for it.  However, if you want to a good on-the-go LEGO game that has a lot to do, and have enjoyed the Hobbit movies, then this is a fun, little game to take up your time.  There is a lot more to do than the other in this game than the previous two LEGO games for the Vita, and the inclusion of the World Map and other additions really makes it shine, despite not being the PS3/PS4 games.

The PlayStation Vita Review Network Rates LEGO: The Hobbit a 7.5/10

0 thoughts on “LEGO: The Hobbit Review”